FREE GIFT WITH ALL ONLINE ORDERS

The Kalashinikov automatic rifle model 1974, or AK-74M, is an updated version of the proven AK design that was first developed by Mikhail Kalashinikov in 1946. This version of the AK design fires the smaller 5.45x39mm cartridge and utilizes polymer furniture that results in a lighter, more accurate and reliable rifle than its predecessor. Developed during the early 1970s, it first saw service in 1979 in the Soviet and Afghanistan conflict. It is still used by many of the former countries of the USSR, as well as other Eastern European countries, Mongolia, North Korean Special Forces, and the Vietnamese Peoples Naval infantry. 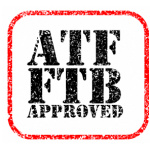 The KWA AKG-74M is an ATF approved gas blowback AK style rifle that was designed to accurately simulate the AK platform. It features a full metal alloy receiver and high impact polymer hand guards, pistol grip, and full folding stock. An AK side rail mount on the receiver allows users to expand their platform with AK specific mounts and accessories. Realistic construction means that the rifle functions and operates identically to its real firearm counterpart. The blank-fire mode built into the AKG-74 magazine, allows the user to train safely without chambering a round. Powered by the KWA Force Velocity engine, the KWA AKG-74M is a strong reliable rifle for those interested in training with the AK platform.

Be in the know